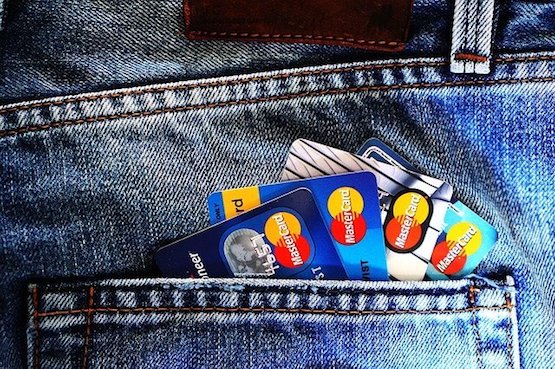 You might be tempted by the new interest-free credit cards that are available through CBA and NAB. But wait…are they any good? What are the fees? What’s the catch?!

With the creation of Buy Now Pay Later (BNPL) services such as AfterPay, Zip Pay and, Bundle etc, banks have noticed that credit cards have been shunned by Aussies. Over half a million credit card accounts have been closed in the last 12 months alone which is the millions of dollars of short-term lending that banks are missing out on.

Many Aussies are ditching credit cards which are considered old-fashioned, old technology and just plain old boring in place of BNPL. The main difference is with AfterPay and Zip Pay and the like, there are some fees attached if you miss a payment, however, there are no interest costs, whereas with traditional credit cards there are very high interest rates attached. Usually 20% – 24% p.a. which kicks in after an interest-free period (and even used to be backdated until a couple of years ago). Credit card rates are still very high. Compared to a personal loan or a car loan, credit card interest rates are double at least. That’s because short-term lending is a convenience so the interest rates are high.

People are favouring BNPL because there’s no interest, but that doesn’t mean they are fee-free.

Banks have been trying to come up with a way to recoup some of their lost market share. Two banks Commonwealth Bank (CBA) and National Australia Bank (NAB) have introduced products called interest-free Credit Cards. The name sounds interesting but are they any good? Here’s my honest review of the CBA Neo Card and the NAB Straight Up Card.

How does an interest-free credit card work?

There is no interest attached to these credit cards, just a monthly fee. There are three limits that you can select from – $1,000, $2,000 or $3,000.  As these cards are offered by banks they fall under the Australian Responsible Lending laws so you need to apply and then the banks will grant you a card based on whether or not you can afford to repay them, whereas with AfterPay and Zip Pay there are no responsible lending criteria because they are not loans as such so they get away with a little bit more in the marketplace.

Not paying interest on purchases could save you 20% – 24% p.a. and there are no late payment fees either whereas with AfterPay and Zip Pay, there are late fees. So on face value, you might think the cards sound pretty good so far compared to a traditional credit card, however, the limit is quite low for the fees that are attached. Remember, there are always fee with everything that banks offer and even with AfterPay, Zip Pay and Bundle – companies are here to make money after all! So don’t ever think that these companies are here out of the kindness of their hearts, they’re here to make a profit. Somebody is getting paid always so it’s important to drill down and check what are the fees in terms of fees!

The CBA and NAB cards have a monthly fee that ranges from $10 – $20 per month depending on which company you go with. The NAB fees are cheaper than the CBA fees by about $2 – $3 per month.

So let’s keep reviewing the NAB Straight Up Card and forget the CBA Neo Card.

Let’s investigate those repayments and fees further because repayments of $20 per month for $3,000 of borrowings may not sound like much but it does add up. Also, you need to be aware of just making minimum repayments. Lenders just love to offer minimum repayments but that never repays the total balance in full (quickly), it usually takes a few years! Careful! That’s when fees and charges can add up.

If you only make the minimum repayment it will take you much longer than one year to repay that debt. It will take you over 4 years to repay a $3,000 debt. So, never just make minimum payments! The longer you hold the debt the more money the bank makes. That’s what banks want. It’s how they make their money.

Not paying any interest is great but the bank fees still add up.

How does that compare with BNPL?

Let’s compare the interest-free card to AfterPay as an example, because AfterPay is one of the biggest BNPL companies and probably the most recognisable.

With AfterPay there is a maximum borrowing limit of up to $1,500 which is much less than the $3,000 maximum offered by the NAB Straight Up Card. You can spend more with interest-free credit cards because they are offered by a bank. They are different products.

With AfterPay you will need to repay over 4 instalments done fortnightly = $250 per fortnight to repay $1,000. You don’t pay any fees with AfterPay unless you miss a repayment, then you will be charged a $10 fee and then another $7 fee ($17 total) if it remains unpaid for 14 days, whereas with the NAB card, you could repay as much or as little as you want as long as it’s above the minimum ($35 per month).

The fees of the interest-free cards are quite expensive, especially for small purchases.

Some people like to have a credit card for emergencies however, you can negate having to worry about all of these fees and repayments if you have some emergency savings stashed away.

A word of warning…

Although I compared the fees of AfterPay and believe it could be cheaper than the new interest-free credit cards, in no way shape or form do I promote using BNPL. I think for the time it takes for

people to juggle AfterPay repayments, especially if you have several purchase repayments on the go at one time (you can have up to 3), juggling this in your day-to-day money life and worrying about it, you can save yourself a lot of time and effort by thinking ahead instead of repaying something from the past.

All of your worries can be negated by having some cash stashed away for emergencies or unexpected purchases.

If you can repay $250 per fortnight for a $1,000 AfterPay debt, you could instead choose to save that money and put it away for future spending. Just wait a fortnight or two before shopping to let your savings build up a little. It is a simple as that.

Neither BNPL and interest-free credit cards don’t have a place in my finances that’s for sure. Yes, they are better than traditional credit cards but I don’t think any of us need them.

Subscribe here to get exclusive content + a FREE chapter from my new book. If you don’t love it… you can unsubscribe.

The Money Messenger book is now available! You’ll find money secrets and strategies to get you wealthier, simply by using your income in a smarter way! This is not just another ‘money book’! Check it out here www.moneymessenger.com.au/book

Disclaimer: This article contains general information only. You should consider obtaining independent professional advice in relation to your particular circumstances.